This community initiative
is proudly brought to you by

Under the patronage of the the Minister of Health HE Sheikh Mohammad Al-Abdullah Al-Mubarak Al-Sabah, Al Yasra Foods put food safety education on the national agenda by launching an intensive food safety education program named “Safe Food, Safe Family” to arm households across Kuwait with information that could potentially save lives. The initiative was launched in an event held at the Exhibition Hall at 360 Mall. The event was kicked off by the Assistant Undersecretary of the Ministry of Health for Medical Services, Dr. Mohammad Al-Khashti, and attended by a large audience from Kuwait’s health and safety industry including officials from governmental and corporate bodies, nutritionists, influential guests within the health industry and the press. 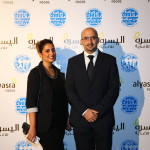 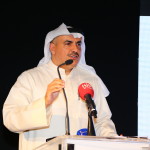 Dr. Mohammad Al-Khashti, said, “The initiative responds to an issue of paramount concern in Kuwait, where a majority of households are not necessarily aware of the right food safety practices and sometimes the most basic forms of food safety, which could potentially lead to fatal results. We applaud Al Yasra Foods in tackling this issue in Kuwait, and the Ministry of Health endorses this initiative as a means to empower people with the knowledge they require to practice food safety. I am particularly pleased to see a private entity taking on the responsibility to educate households about food safety, especially at the nationwide scale of this program.”

The Group Chief Marketing Officer at Al Yasra Foods, Pedro Casquinha, added: “At Al Yasra Foods, we hold a fundamental belief that food safety is of the utmost importance to families in Kuwait, especially since food poisoning and contamination are both major problems in this country. As players in the sector, we have taken up the responsibility in being part of that solution by engaging families and the general public in a conversation about food safety, but most importantly, bringing solutions and answers. Our aim is for the majority of people living in Kuwait to be educated and engaged with the food safety practices in their homes, and adopting them during their everyday routines with regards to food preparation, by the end of this initiative. We believe this Corporate Social Responsibility initiative – deeply ingrained in our company’s values – is a step in the right direction to bring this issue to the national level.” 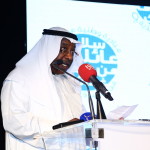 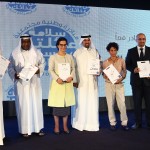 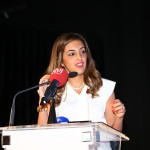 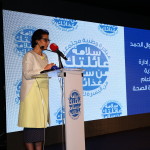 Al Yasra Foods Nutritionist Dana Ghareeb said, “The initiative is guided by a team of highly-certified nutritionists, and with the backing of Al Yasra Foods, and particularly targets households that have not been properly introduced to basic food safety practices and who have a higher risk of contamination and food poisoning. In Kuwait, the majority of food poisoning cases occur with the assumption that expired meats or produce are to blame. The consumer is not aware of the food safety malpractices that happen in their own kitchen, which in turn play a significant role in food poisoning and food contamination cases that are potentially fatal.”

The initiative also launched an integrated website on www.safefoodsafefamily.org to guide individuals on best food safety practices. The website is available in English and Arabic, and select downloadable material is available in Tagalog, Malayalam, and Hindi in order to have maximum reach in Kuwait.

The “Safe Food, Safe Family” launch event is the first step in Al Yasra Food’s ongoing commitment to promote food safety and health in Kuwait. A year-long series of events will be hosted in local co-ops, community centers, and other social hubs all around the country, to educate the everyday consumer on food safety at home, in addition to various other communicative channels such as videos, social media and booklets. 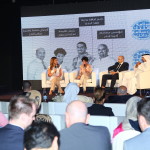 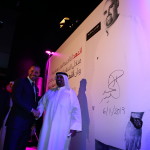 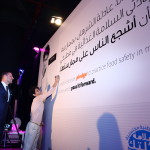 Ghareeb added, “Everyday we hear of a new store or restaurant that is shut down due to food safety violations. However, no one has spoken of violations that occur at home, and that are the cause of everyday contamination as well. It is these violations that we hope to eradicate by the end of this campaign.”

“Safe Food, Safe Family” will be hosting a series of events over the next six months that will be open to the general public, and showcasing the most important aspects of food safety.